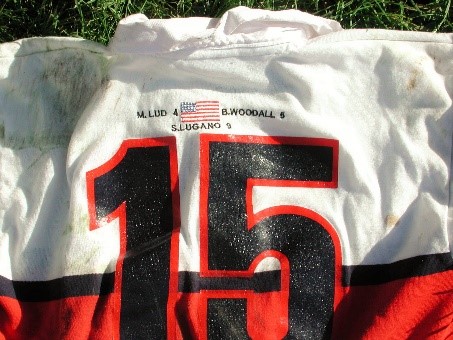 After 16 years in various sales responsibilities at Titanium Fabrication, Brent was promoted to President in 1999 to implement a turnaround of the company. The company is the largest custom design fabricator of reactive metals in the world and has three manufacturing locations in North America. TiFab serves the Oil and Gas, Chemical, Mining, Paper and Military Industries and has 150 employees worldwide.
Brent's previous employment was with Taylor Forge, TVA and Tubeco and he graduated with a BS in Chemical Engineering in 1975 from Lehigh University.

Greg is a board-certified Orthopedic Surgeon specializing in Sports Traumatology and Joint Reconstruction. He practices at both the Hospital for Special Surgery and the New York Presbyterian Weill-Cornell Medical Center.In addition, he started a program ten years ago at Jacobi Medical Center in the Bronx where he offers his expertise to underserved populations.

Having been involved in rugby for twenty years as a player and doctor, Greg is an avid rugby supporter. In his playing days, he was a center for the NYAC for 10 years beginning in 1994, and helped the team gain entry into the US Super League. Dr. DiFelice went on to play for the United States at the World Rugby Classic in 2001. He has been the Medical Director for the NYAC RFC since his playing days. He also acts as the Medical Advisor to the US Super League, America’s top rugby competition, and Play Rugby USA, a non-profit organization that promotes Rugby to inner city youth encouraging fitness and sportsmanship.

Joseph Cavatoni joined the World Gold Council in September 2016 to lead US business strategy which includes oversight of investor relationships, product solutions, research and marketing. In addition, Joe plays a key role in guiding the firm’s global objectives for gold, fintech, supply chain, and the ETFs platform. He also serves as Principal Executive Officer for the World Gold Trust Services, LLC; President of WGC USA Asset Management Company, LLC; Board Member and President of WGC (US) Holdings, Inc.; and as a member of the Executive Committee.

During his 28 year career in the financial services industry, Joe has developed and demonstrated expertise in the areas of global capital markets, exchange traded funds, asset management, trading and business/platform development. He also spent more than 15 years working in Asia. Prior to joining the World Gold Council, Joe was a managing director at BlackRock where he was responsible for iShares Capital Markets – Americas and was a member of the firm’s Executive Committee. His responsibilities also included product development and management as well as running a global team. Prior to BlackRock, he held senior positions at UBS, Merrill Lynch and Bank of America focused on equity derivatives training, securities financing and lending.

Russell Fryer is the Chief Investment Officer and Owner of Baobab Asset Management and Baobab Physical Commodities. During his 30-year investment career, he has developed an extensive on-the-ground understanding of the natural resources sector, as well as established significant long-term relationships at both senior and working levels throughout the mining industry.

Prior to establishing Baobab, Russell served as Managing Director of investing in the natural resources sector for North Sound Capital LLC. He has experience as a Director in emerging markets equities at both Deutsche Bank and HSBC in Johannesburg South Africa.

Russell holds a Bachelor of Business Administration from Newport University and an Advance Diploma in International Taxation and Offshore Financial Centers from Rand Afrikaans University, both in Johannesburg South Africa.

Russell is also a member of the New York chapter of the Society of Mining Engineers.

Rugby clubs Russell played for include the College Rovers in Durban, The Wanderers club in Johannesburg, the Hamilton’s Club in Cape Town, and the Phoenix Rugby Club in Phoenix Arizona. Russell was also selected for the Pacific Coast Grizzlies and USA Junior Eagles.

Nash has served as an officer of the Winged Foot Foundation since it's inception in 2003, and is the current president. Nash began his playing days at Villanova University, and has been active member of the Winged Foot since coming to NYC in 1994. He played for the AC from 1994-2009, and represented the Winged Foot on several occasions on the Northeast Rugby's ITT select sides, and competed for the NYAC in every Super League match from 2002-2007. He is also a proud member of the 2005 & 2008 National Championship squads. Nash currently competes for the US Classic Eagles and has participated in the Rugby World Classic since 2008. He served as president of the Winged Foot RFC from 1997-2003, and has been the NYAC's Super League rep since 2002, as well as a Super League manager since 2008.

Nash also serves on the Board of the Friends of Sean Lugano, and has been employed at Bloomberg since 2007. He currently resides in Westport, CT with his wife and two sons.

Christian is a partner in the law firm of Romer Debbas LLP, with offices in mid-town Manhattan and Westchester County.  His practice is focused on representing private clients with estate planning, administration of trusts and estates and real estate matters.  He also has substantial experience working with small business and not-for-profit entities.  He has been practicing law since 1994 and graduated from Fordham University School of Law and Boston College.

Christian began playing rugby in college and joined the Winged Foot rugby club in 1988, where he played through 2003.  Although currently retired, he remains an active referee and avid supporter of the club.  He resides in New York City.